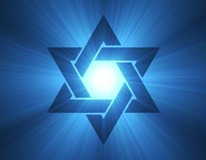 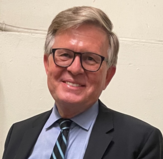 His recording credits include a solo classical recording at the Kennedy Center, Washington, D.C on their former Aeolian-Skinner organ, and a theatre organ recording on the Wurlitzer organ at the Auditorium Theatre in Rochester, N.Y. along with accompaniments for many choral recordings. Ty’s film credits include conducting a men’s chorus for the Bugs Bunny Episode From Hare to Eternity, and he is the organist on the soundtrack of the 2018 film version of Dr. Seuss’ The Grinch.

Ty holds a Bachelor of Music degree in Organ Performance and a Master of Music degree in Choral Conducting from the University of Southern California.  He is a former Dean of the Los Angeles Chapter of the American Guild of Organists, and has served on the Commission of Liturgy and Music for the Episcopal Diocese of Los Angeles.

He was organist at Temple Isaiah, Los Angeles and accompanist for Kol Echad Chorale. For over 20 years he has been the Organist and Choir Director for the Barad Hall High Holiday services at Sinai Temple, Los Angeles. Wilshire Boulevard Temple worked with. Ty as the representative of the organ company, for the restoration of their magnificent Kimball pipe organ.

He is currently Staff Organist at Disney’s El Capitan Theatre in Hollywood, Organist at First United Methodist Church, Santa Monica, and organist at Beth Shalom of Whittier. As Principal at Diapason Pipe Organ Consultants LLC, he works with numerous religious institutions on the design and installation of their pipe organs.

Ty Woodward has played classical and theatre organ concerts ranging from performances at Westminster Abbey, London to the National Shrine of the Immaculate Conception, Washington, D.C. to Shea’s Theatre, Buffalo, the Alabama Theatre, Birmingham and the outdoor pipe organ in Balboa Park, San Diego.  He has performed several major works with orchestra including the Concerto for Organ, Timpani and Strings by Francis Poulenc, Symphonie Concertante of Joseph Jongen and Saint-Saens Symphony No. 3.

The Music of Beth Shalom